I wanted to find a way to easily charge a couple of AA and AAA batteries from a solar panel for camping, hiking, and geo-caching.  Thought it would be nice to charge via the sun vs carrying around extra batteries charged up from the grid.  Turns out it wasn’t as easy as I had hoped, and yes, the solution involves pulling out the soldering iron, see below.

Finding a solar cell was actually pretty easy, doing some looking around I found this Anker 14W Portable Panel on Amazon: 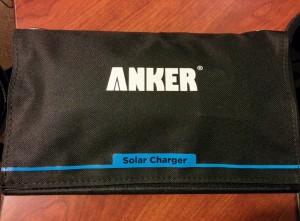 Cheap at about $50 and a full 14W with two USB ports.  All I needed to do was find a USB powered AA/AAA charger.

Yeah, sure, no problem…

So, after a LOT of searching turns out about the only good one I could find was the Guide 10 Plus charger by Goal Zero: 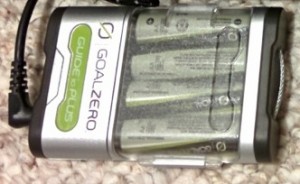 One big draw back, it’s designed to work “best” with their own 7W solar panel, which costs more than the Anker for half the wattage.  They say that it will charge in 3-6 hours using their special connector to their solar panel, or 6-10 hours from a USB port.  It seems they put in a charging limiter on the USB in port (likely lower allowable current) vs the special solar port.

).  To handle the power issues I noticed that the box and literature stated that the solar port input specs were 6.5V at up to 1.1 to 1.3A (depending on which document of Goal Zero you read).  Standard USB is 5V at 2A (standard 2.0), so just needed to convert this to the required solar port specs.  To accomplish this I did some searching and found this: 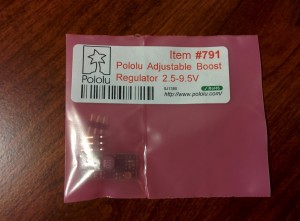 This boost regular can take in the 5V 2A from USB and using a small screwdriver I was able to adjust the trimmer potentiometer to a measured 6.5V ~1.1A output.  My cable looked like this after my soldering work: 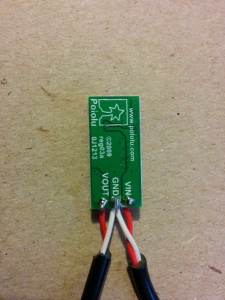 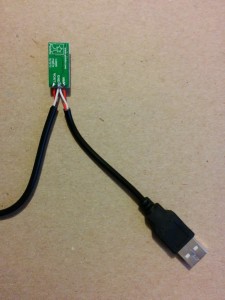 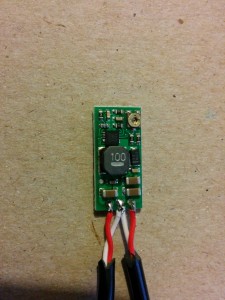 With a little bit of electrical tape to cover up the sensitive parts I had this: 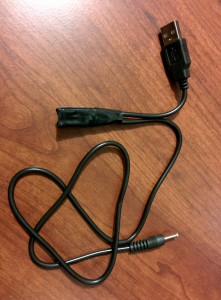 At this point there was only one thing left, to cross my fingers hook it up and give it a shot (oh and I did run this by an Electrical Engineering friend of mine first to make sure my plans were sound given how long it’s been since my college electrical engineering classes.  He approved and gave me an A- on the soldering job).

And it worked! Not only did it work, with the 14W panel and the regulated 5v 2A from that, I got faster more consistent charging times than the Goal Zero setup.  I know this because, shortly after buying the 14W panel and all my parts to build my own charger an incredible deal came up to buy the Goal Zero 41022 Guide 10 Plus Solar Recharging Kit

which included the 7W panel and another USB/Panel AA/AAA battery charger, plus mine came with the portable Rock Out speakers.  It was a VERY good deal or I wouldn’t have done it.  But it made for some great testing and comparison.

So happy and successful hardware hack!  And now I have two very effective portal solar powered battery charging systems.  The Anker based one for heavy lifting and fast strong charging of USB devices and batteries.  The Goal Zero for flexibility (USB, 12Volt, and Solar Port) and lightness (but slow charger). 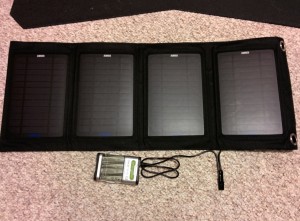 I'm a computer geek, what more is there to say?
View all posts by D-Caf →
This entry was posted in David, Gadgets, Lost And Found, Technology and tagged hardware hacking, solar power. Bookmark the permalink.